At home, I have three Pomeranian dogs that my parents actually consider as my siblings. They are well-taken care of – their meals consist of quality food, they sleep on the bed, they get regular check-ups at the vet, they get a ‘massage’ every night, and the list goes on and on. Everyone in the family loves them dearly. Though at times they get super rowdy, we just laugh off their silly antics. They’re like toddlers living at our house, but with fur – they’re noisy fluffy pups that we couldn’t resist cuddling.

There are times when I catch myself wishing for an additional dog that’s a different breed. I love Poms and their cheeky personality, but sometimes I think it would be nice to have a big dog like a Chow Chow or an English Bulldog at home. Then again, taking care of three dogs is already a lot of work. We actually had to hire a house helper for them. Told you, they’re well-taken care of.

Last year, I think someone (or something) heard my wish about another dog – but with a slight mixup. Out of nowhere, I got a black dog. It was on a mundane weekday. I left for work early to have dinner with a friend. We had a good chat, and a few minutes before midnight we bid each other goodbye. I drove myself home, speeding through the highway while indie music was blaring through the car speakers. “It was a good night”, I muttered. As I reached the gate of my house, I noticed a toy-sized black dog that’s leashed on our gate rail. I parked in front and I looked at it closely. It had round eyes, a pinched nose, and a long strip of white fur on its chest. Its tall ears moved like a satellite the minute I approached it. It didn’t bark at me. It was as if I was a familiar being to it. I looked left and right to check if someone left it there – might be on purpose or by accident, I’m not so sure. There was no one on the street except me and the dog. There was nothing else left to do.

I got scared at first because my Pomeranians become feisty when other dogs are within their territory. But the moment I let the black dog in, they didn’t pay attention to it that much. They just stood there in silence – checking out the black dog a few steps away. I gave the black dog some water since it looked a bit parched. I fed it biscuit treats, wiped his paws, and removed its leash to make it feel relaxed.

The next day, I tried to potty train it. I took it out after breakfast, and walked it around a bit in our front garden. It kept following me to wherever I went – the kitchen, the living room, my bedroom. Whenever I went to the bathroom it would scratch the door until I open the door and let it in. Wherever I go, the black dog is there. It started bothering me when I was about to leave the house. I opened the garage gate so I can drive the car out. As I put the car in reverse, I saw the black dog run in the middle of the garage and sat on the floor – a few steps away from the rear of my car. I tried shooing it but it won’t budge. The little furball looked so determined. Its round eyes were telling me, “if you try to leave, you’ll run me over. There will be dog blood all over the garage. Every dog in this neighbourhood will know. Hah.”

After each month it grew more adamant. It would surprise me wherever I’d go – at work, with friends, at the gym. There was a time when I went out to get some groceries, then out of the blue the black dog jumped out of the back seat. It curled itself on my lap while I was driving. It’s pretty hard to get rid of me. You know I’ll follow you anywhere. I had no choice but to pet its back until we got home. The black dog would smile whenever it sees I’m home, locked up in my room, completely doing nothing.

Fast forward to almost a year, the black dog has changed. It goes out of the house without notice and after a while it’ll go back, following me around wherever I go. It usually goes away on normal days, but comes back when there’s something big coming up – a birthday celebration, an awesome milestone in my career, or a holiday. I told a few people about the black dog at home, but most of them don’t buy it. “You only post about your Pomeranians,” they said. I sometimes post about the black dog online. I guess people just don’t catch it on their feed.

I’ve tried living with the black dog for quite some time now, but I only wrote about it today. People don’t pay much attention to people with black dogs unless something drastic happens – like they got bitten by it and they’re at the brink of death or something. I googled about it and found out that they’re compared similar to black cats – unlucky when around, and you can just shoo them away anytime. I’ve tried a lot of tricks whenever the black dog is around, but only a few work and they’re not so effective. But it’s temporary remedy for me so I guess that’s good enough. What I realised though is that the more you try to push it away, the more it tries to bug you. I did that a lot, and it only did more harm than good.

There are days when there’s good vibes coming in and at the corner of my eye, I see the black dog running towards me. I just don’t try to run away, as it’ll just chase me. Instead, I try to acknowledge its presence when it’s near me. I just say “Hey” and pat it on its head. It goes away when my eyes become puffy and my acid reflux starts kicking in my stomach, anyway.

For now, I can say I’m putting up okay with the black dog in my life. Sure, I wish it never came on that faithful night. But sometimes I think the black dog was given to me for a reason. A reason I do not understand until today. All I know is that I have to put up with it while it’s here, and learn whatever lesson I should be learning. I’m just waiting for that day when the black dog does its usual antic of jumping out of the backseat of my car and curling up on my lap while driving, and then out of the blue, it will beg for me to stop the car and open the door for it to jump out and walk away. Far away from me. From my life.

Whoever out there has a black dog, I would love to meet you. There’s a good number of us here in this world. 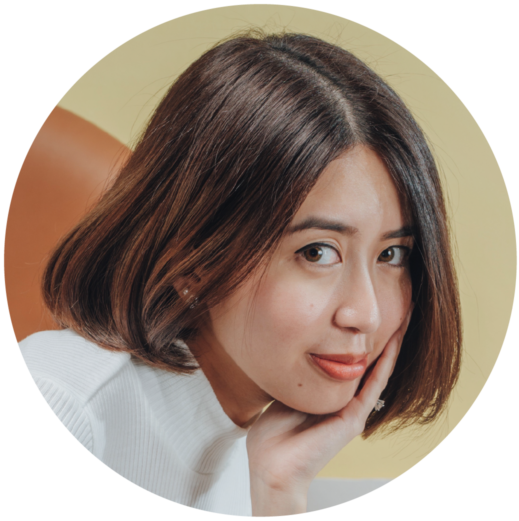 For collaborations, e-mail me at trixie.esguerra@gmail.com